Edited By: Leslyn Kim and D.Curle

14 Just as Moses lifted up the snake in the wilderness, so the Son of Man must be lifted up,[f] 15 that everyone who believes may have eternal life in him.”[g]

16 For God so loved the world that he gave his one and only Son, that whoever believes in him shall not perish but have eternal life. 17 For God did not send his Son into the world to condemn the world, but to save the world through him. 18 Whoever believes in him is not condemned, but whoever does not believe stands condemned already because they have not believed in the name of God’s one and only Son. 19 This is the verdict: Light has come into the world, but people loved darkness instead of light because their deeds were evil. 20 Everyone who does evil hates the light, and will not come into the light for fear that their deeds will be exposed. 21 But whoever lives by the truth comes into the light, so that it may be seen plainly that what they have done has been done in the sight of God.”

As I was reading and studying in John today, I learned something that I’ve never heard before.  As my disclaimer I did not have a ton of time to research what I’m about to share and need to finish researching it, but I found it interesting.  Apparently in the Greek language there exists tenses that are not used or available in English, at least without the use of extra vocabulary to explain what was truly meant.  John 3:16, the favorite biblical verse placed on highway billboards, or written on posters at football games, apparently express a verbal “tense” not used in the English language.  That tense is referred to as the continuous present tense.  It can be constructed in English using words that accompany the verb.  However, there is no single tense that can be assigned to the verb that makes it present continuous.  Common English language sentences in different tenses may read like these:

Notice how in English the continuous present tense can be formed by using an auxillary verb plus a past participle prior to the verb (swimming).  This is not necessary in Greek, since there’s an actual tense for the verb itself that denotes something happening now and ongoing.

As James White and David Pawson have both pointed out, the best translation of John 3:16 would read more like the following:

This indeed adds some much needed depth to the scripture.  What I’m writing here has very little to do with Calvinism vs. Arminianism.  In fact, even staunch faith-alone Calvinists like James White support the idea that John 3:16 speaks of continuing in Christ:

“Throughout this passage an important truth is presented that again might be missed by many English translations.  When Jesus describes the one who comes to him and who believes in him [3:16, 5:24, 6:35, 37, 40, 47, etc.], he uses the present tense to describe this coming, believing , or, in other passages, hearing or seeing.   The present tense refers to a continuous, on-going action.  The Greek contrasts this kind of action against the aorist tense, which is a point action, a single action in time that is not on-going……  The wonderful promises that are provided by Christ are not for those who do not truly and continuously believe.  The faith that saves is living faith, a faith that always looks to Christ as Lord and Savior.”[1]

But, it has everything to do with dispelling the idea altogether of easy-believism.  The idea that salvation is simply a one time, one-and-done event that doesn’t result or show itself in any real manifested way.  “Come to this alter, say this prayer, and you’re saved”. 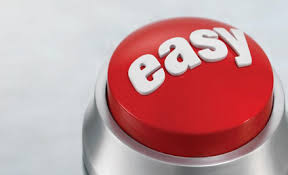 Apparently the continuous present tense has impact and implications for other well known text like the following:

8 For every one that asketh receiveth; and he that seeketh findeth; and to him that knocketh it shall be opened.”

It could be translated to read this way…….

That puts a whole new spin on Abraham persistently asking God to spare the city of Sodom and Gamorrah.

There’s not much to write about here.  The title of the blog post (John 15: 12) is challenging enough as it stands,  Especially when put in the context marriage.  Just watch the video below.  It’s powerful.

9 “As the Father has loved me, so have I loved you. Now remain in my love. 10 If you keep my commands, you will remain in my love, just as I have kept my Father’s commands and remain in his love. 11 I have told you this so that my joy may be in you and that your joy may be complete. 12 My command is this: Love each other as I have loved you. 13 Greater love has no one than this: to lay down one’s life for one’s friends. 14 You are my friends if you do what I command. 15 I no longer call you servants, because a servant does not know his master’s business. Instead, I have called you friends, for everything that I learned from my Father I have made known to you. 16 You did not choose me, but I chose you and appointed you so that you might go and bear fruit—fruit that will last—and so that whatever you ask in my name the Father will give you. 17 This is my command: Love each other.”

“Jesus healed two blind men. One with mud, the other without mud. Thank God it didn’t happen in our day or we’d have two denominations: The Mudites and the anti-Mudites!” — Ravi Zacharias

The Word of God is forever humbling.  Just when you think you understand something God sends some new thought or idea that you had never before considered.  That happened to me this time while I was reading through Mark 10.  The story of the rich young ruler is well known.  He comes to Christ and asks “How can I inherit eternal life.”  Jesus responds first by reiterating to the rich young ruler that he knows the commandments (‘Do not murder, Do not commit adultery, Do not steal, Do not bear false witness, Do not defraud, Honor your father and mother’).  Yet oddly enough Jesus only lists the second half of the ten commandments (Exodus 20) that relate to keeping the second part of the whole law (e.g. – The Second Great Commandment).   The First Great Commandment is – love God, and The Second Great Commandment, loving your neighbor as yourself.

As I’ve learned through reading and studying the Word, I’ve found that Christ’s words never leave his lips without intention.   And for some reason that really stood out as I read the story this time.  Jesus, knew just what he was doing.  The rich young ruler responds and their interaction finishes with the following….

“Teacher, I have kept all these things from my youth up.” 21 Looking at him, Jesus felt a love for him and said to him, “One thing you lack: go and sell all you possess and give to the poor, and you will have treasure in heaven; and come, follow Me.” 22 But at these words [a]he was saddened, and he went away grieving, for he was one who owned much property.”

In the past when I read this story I always interpreted Christ saying to him “one thing you lack” as a reference to the fact that the ruler had to sell all that he had.  However, my ears and eyes witnessed something completely different this time around.  Jesus was very intentional in skipping the first great commandment, Love God, with the rich young ruler.  While the ruler may have learned to love his neighbor, he did not love God.  What he lacked was Christ and the Father.  Selling his possessions was not the objective.  The root of his problem was not the possessions, but his lack of love for God.

While the story made sense to me in a very similar way in the past, I believe I was looking at it backwards or putting the cart before the horse.  The lesson that God was attempting to make to the rich young ruler and his disciples was that loving Him was the key to overcoming the love of possessions.  Not the other way around.  The ruler was incapable of doing that, because the supremacy of his love for God was either nonexistent or paled in comparison to his love of material things.  In the same way, we are wholly incapable of defeating our flesh.  The key to overcoming our weaknesses, temptations, and idols is only through seeking more of God.  To put some practical feet to it, for me that means more of seeking Christ through scripture, more self-discipline to be filled with God’s will (filled with the Spirit), and more prayer. All other alternative attempts are futile.  That understanding puts a whole new spin on Jesus’ words to the disciples after they shuttered at the impossible dilemma of the rich young ruler……..

“They were even more astonished and said to Him, “[b]Then who can be saved?” 27 Looking at them, Jesus *said, “With people it is impossible, but not with God; for all things are possible with God.”

Ok, I’m really diggin’ the depth of knowledge and spirit-filled wisdom of David Pawson right now.  I love the fact that his videos on Youtube all look like they were filmed in the 80’s.  I like the fact that he’s old-school.  His props, like the one in this video appear to be drawn by hand.  Get outta here!  LOL

Being that Pawson, an ex-Methodist, is spirit-filled, believes in a (second) baptism of the Holy Spirit and all of the gifts, but also preaches and teaches directly from scripture (expository) makes him a pretty rare bird in these days and times.  From my own experience all evangelicals like to lay claim to “preaching and teaching the word”, yet few really do in a way that really covers much cohesive/comprehensive biblical ground.  And, it’s become relatively popular in recent years, among traditional evangelicals, to re-inject the Holy Spirit back into their world, but primarily in word-form only.  Sort of like the beloved family dog that gets fed and walked daily, but lives outside the home in a separate dog house 😉

Regardless of all that, I had to share this video of him explaining how both Evangelicals and Charismatics really need one another.  His diagram of concentric cylinders does a phenomenal job explaining how maturity and immaturity can exist in both types of churches.  One can have a wide base (with the expressions of gifts and charisma), yet lack the foundation really required for long-term, steady, spiritual growth.  That is, biblical, sound doctrinal preaching and teaching from the Word of God.  Which literally provides light to our path (Psalm 119), food for our nourishment (Matthew 4), and faith – by way of hearing the Word of God (Romans 10).  The opposite extreme often attempts to builds tall towers on a narrow base (little charisma, no expression of the gifts or baptism in the Spirit).  The preaching and teaching couldn’t be more sound, but the use of gifts and their value are not appreciated and expressed like they should be.  Often times the gifts and especially the abuse of them are heckled and teased.  I experienced this just recently, where tongues, prophecies and the gift of healing were joked about unmercifully, solely using abusive examples.  I made it a point to at least interject some balance in the group discussion, by making it clear that abuse does not take away from or erase the reality of the gifts and their value added to the church body.  We have to be equally careful of not grieving the Spirit (Ephesians 4), by not forsaking things like prophecy, for the sake of “playing it safe” at all times.

Okay, enough rambling.  Check out the video here, I think it will be a blessing:

Lord, make us into tall towers with wide bases……..